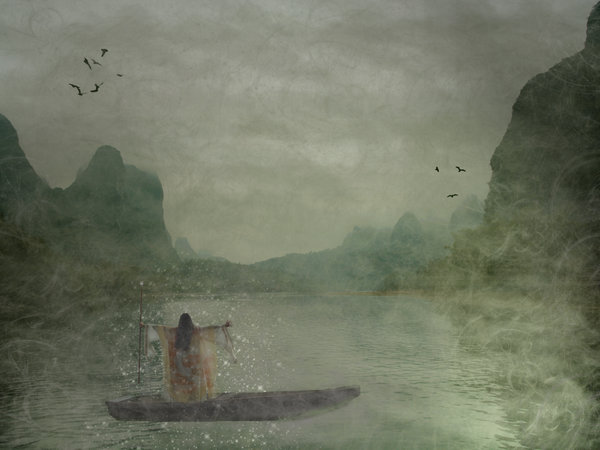 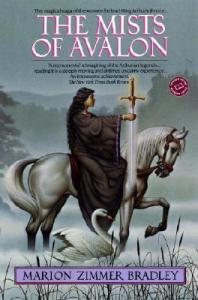 Back in 1997, a psychic told me I should read “The Mists of Avalon.” I don’t remember the context in which he made that suggestion, but I bought it and started to read it. I’d always been fascinated by the Arthurian legends, but never found any that put the female characters at the forefront.  This one had that unique perspective and it gave me greater insight into the worship of the Goddess before the spread of Christianity. Some have called it feminist, but there is much more going on here.  Over the centuries, women have been pretty much relegated to the cheap seats in every world arena, but that may be changing in this present paradigm shift, which is the crisis of perception all are currently witnessing and experiencing on a global…and personal level. I feel this may be a resurgence of the Feminine, the Goddess, that we are experiencing.

Andrew Harvey, mystical scholar, author, and founder of the Institute for Sacred Activism, asserts that “…the new cherishing of the values of compassion, interconnectedness… the attention being paid to holistic medicine, the passion for a new vision of cooperation in business and a new vision of ecological sustainability, … are all evidence of the return of the Feminine as Sacred.” He goes on to note,  “…What this means is that the force of divine compassion and interconnected understanding and love in action that is the Sacred Feminine … is the way through for humanity … the Sacred Feminine is a force that can save the planet.”

You could say that the Feminine has always been an important focus of my own spiritual practice. My guru repeatedly tells us that, “The Shakti is the teacher.”  The Shakti is the Feminine – the creative power of the universe – and even though she wears many faces, as every culture has these archetypes in their history, what we see and experience as the world is the manifestation of the Shakti, the Goddess. Sri Ramakrishna recognized the Sacred Feminine when, in one ritual, his wife and spiritual companion Sarada Devi, sat at the altar of Kali and Ramakrishna worshipped her as the Divine Mother. Perhaps our goal for 2014 could be to strive to re-awaken and re-connect to the feminine archetype we recognize and resonate with according to our own personal beliefs and which resides in all of us.

Below is the final scene from the miniseries made from the book, “The Mists of Avalon.” It depicts the return of Morgaine and Arthur to Avalon and Morgaine’s recognition that although Avalon and the Goddess seem to have been forgotten as she knew them, the Goddess still lives on in a new incarnation…

Dr. Masaru Emoto is a researcher who has studied the effects of human consciousness on the molecular structure of water. I first became acquainted with his work in the movie, “What the Bleep Do We Know!?” Mainstream scientists dismiss Emoto’s work as pseudoscience. I can’t say if his work is valid or not, but I see some non-dual connections that I’d like to share.

The metaphysical community has long held that “thoughts are things.” We know they can produce physical changes in the body: anger can raise blood pressure, meditation can reduce stress, etc. In the video, the result of the ‘higher’ vibrational energies (love, gratitude, devotion etc.) produced crystals with form. The lower vibrational energies (hate, anger, judgment etc.) did not. Pretty simple, even logical when you consider how our bodies react to the same stimuli. Now the leap…

Non-dualism teaches us that Love is the blood of Consciousness (the Absolute). The Christian view would be “God is Love.” Since Consciousness (God) creates form, I think you can extrapolate here that Love created the material universes. The Shakti, which is the creative power, (as well as the power of our own consciousness, since God dwells within us as us), manifests the dream of the Absolute into the form we perceive of as the material world.

So, if Emoto is indeed on to something and I’m correct in connecting the dots, all of what we see and perceive of as matter comes from Love, which could explain why we feel such bliss when experiencing ‘oneness’ while in Nature. No wonder bhakti (devotion/love) is so important in spiritual practice. Love is all there is.

(If you go to the you-tube link, there is a short explanation as to how Emoto conducted his research)

I’ve been subscribing to Yoga Journal for years and still get a thrill flutter when I open my mailbox to find the new issue waiting for me. I usually begin flipping through the magazine as I’m walking back to my apartment or car not being able to restrain myself.

In a recent issue, there was an article by Elizabeth Gilbert of “Eat, Pray, Love” fame in which she relates the experience of her very first yoga class.  It’s a great read for those of you out there who do yoga. Remember your first yoga class? Well, for Gilbert, that first class began a love affair with yoga that continues to this day. I was particularly struck, though, by her revelation of how she burst into tears during that class. She was in the lying spinal twist when the instructor came over and opened up her body a bit more as she held the pose.  That prompted a flow of tears and emotion helping Gilbert to release, as she puts it, the “longing, prayer, and doubt” she had held inside but never openly acknowledged.

Crying during a yoga practice happens from time to time.  We don’t realize how much “stuff” we hold in our bodies. I remember when a woman started to cry during a class I taught. Afterward, she came up to me and during our conversation she told me that her son had died during that past year and she was finding the yoga was helping her to release some of her pain.

Sometimes, though, when a painful experience is too new, it might be best not to practice for a time.  Some years ago, there was an article in Yoga Journal describing an experience by Thom Birch (late husband of ashtanga teacher Beryl Bender Birch). He was in Mysore, India working on his ashtanga practice when he began to cry. Pattabhi Jois (the late ashtanga yoga master) came over and Thom mentioned to Jois that he had just found out his father had died.  Jois stopped his practice and told him, “No practice. Three days.”